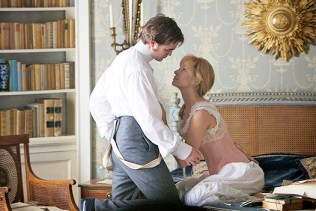 With the release of Bel Ami planned for this spring, speculation across the interwebs is the Robert Pattinson‘s appearance at the upcoming People’s Choice Awards will be his first promotional appearance for the film.

Will Rob walk the red carpet? Will there be media interviews?  Will any of the other Bel Ami cast members be there? We can only hope!

GO ROB! We’ll be cheering for you!

Tune in to CBS to see if Rob takes home the gold!

HOT in the Gavotte!

Georges in your BOX!